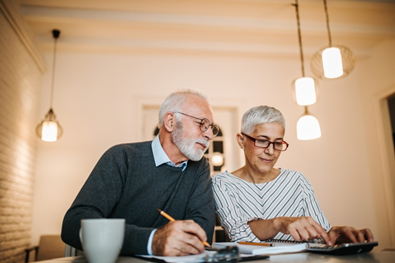 The Centers for Medicare and Medicaid Services (CMS), along with the Department of Labor (DOL), Department of Health and Human Services (DHS), the Office of Personnel Management (OPM), and the Department of the Treasury (DOT) have jointly released the interim final rule for the No Surprises Act. The No Surprises Act was originally passed as part of the Consolidated Appropriations Act, which was signed into law on December 27, 2020. The No Surprises Act is meant to deal with surprise billing of patients for emergency services when those services are rendered by an out-of-network provider or entity.
The most relevant parts of the new interim final rules are listed below:

- A plan or issuer providing emergency services to a patient with an emergency medical condition must do so without regard for the status of the hospital/care provider as a participating provider and without increased administrative burdens or limits on coverage (relative to in-network providers) other than what is otherwise provided for by federal law (cost-sharing, ERISA etc.).

- Cost sharing with a recipient of emergency services is to be calculated as if they were being charged for services provided in an in-network emergency facility (as provided by the applicable All-Payer Model Agreement or applicable state law).

- The definition of “emergency services” includes not only what was codified in the Emergency Medical Treatment and Labor Act (EMTALA)  and PHS Act, but also expanded to include emergency care at a “freestanding emergency department” (an entity that renders emergency aid but is separate and distinct from a hospital).

- An “emergency medical condition” means a medical condition manifesting itself with acute symptoms that would persuade a reasonable person  to conclude that, left untreated, the condition would result in death, serious physical or mental damage, serious impairment to bodily parts or functions. This is a fact-based inquiry that cannot be artificially narrowed by a health insurance provider.

- A “health care facility” is defined as one of the following:
A hospital
A hospital outpatient department (including air ambulance services)
A critical access hospital
An ambulatory surgical center

The interim final rule also addresses other issues related to surprise billing and balance billing regulations, including:
- The interaction between state laws and ERISA when crafting surprise/balance billing legislation
- How to calculate payment for newly covered items or services under this law
- How audits are performed and which departments as responsible for such audits
- Complaint procedures (time frames are being asked for as comments).
Although the main target of this law is protection for emergency services, many of these protections also apply to non-emergency services provided by nonparticipating providers in a participating health facility. The common thread is the protection of patients from bills they did not agree beforehand to pay OR were not in a state of mind to give informed consent to pay those charges. The final rule (with all of the questions in the interim final rule resolved) will be effective from January 1, 2022.


You can read the entire interim final rule HERE.