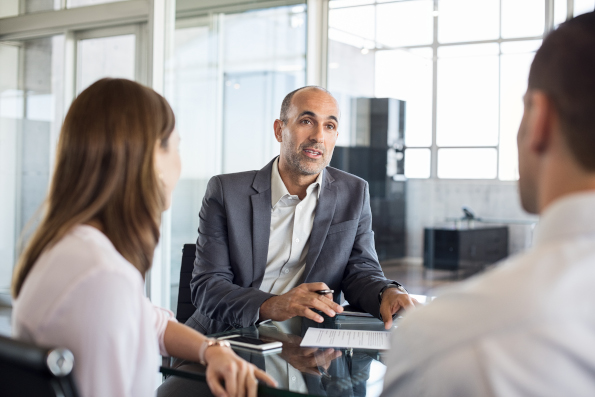 As an example, assume Kevin works for NORCOM, a large national employer, and is covered under their health plan along with his wife Winnie. Kevin separates from NORCOM and, per the separation agreement, NORCOM agrees to pay 100% of the cost of COBRA for Kevin and Winnie for nine months.

If NORCOM’s plan is self-funded, then subsidizing COBRA can also raise nondiscrimination concerns. If the COBRA subsidy is only (or primarily) available to highly compensated employees (generally, in this case, the top 25% of NORCOM’s workforce), then it could be discriminatory. This would cause the plan benefits to be taxable to some or all highly compensated employees.

If the benefits are taxable, or if the subsidy extends beyond the COBRA-required period, it can also raise other tax concerns under Section 409A of the tax code if the payments are not structured properly. NORCOM would need to consult with experienced executive compensation counsel on this point.

From NORCOM’s perspective, subsidizing COBRA discourages Kevin and Winnie from exploring other options. This increases the likelihood that NORCOM will retain the risks associated with Kevin and Winnie’s claims. If Kevin and Winnie are relatively healthy, this might be good for the plan. However, if Kevin and/or Winnie regularly incur high claims, their risk could negatively impact the plan. However, under no circumstances should NORCOM base their decision to offer subsidized COBRA on Kevin or Winnie’s health factors.

From Kevin’s perspective, the subsidy encourages Kevin to enroll in COBRA. However, Kevin and Winnie may prefer to enroll in coverage under Winnie’s plan, on the ACA marketplace exchange, under Medicare (if they’re eligible), or simply go without coverage. If Kevin chooses any form of coverage other than electing COBRA, his offer from NORCOM will be worthless (although NORCOM saves some money).

If Kevin elects COBRA for himself and Winnie, they’ll be stuck paying the full cost once the nine month subsidy period expires. COBRA premiums are 102% of the cost of coverage, which may be a financial strain for them.

To make matters worse, the loss of subsidized COBRA will not allow the employee to elect other employer coverage; the employee or spouse has to exhaust the entire COBRA coverage period. Therefore, unless the end of the ninth month subsidy just happens coincides with the beginning of a plan year under another plan, Kevin and Winnie will not be able to elect other coverage when the subsidy period expires.

However, it may or may not allow an employee to elect coverage on an ACA exchange. The Healthcare.gov website lists a complete loss of a COBRA subsidy as a special enrollment event (even though the applicable regulations suggest that it would not be). Depending on the state where Kevin lives, he may or may not be able to enroll in an ACA exchange plan when the COBRA subsidy expires.

Late enrollment penalties combined with COBRA termination upon Medicare entitlement present a trap for many individuals. Under the Medicare rules, an individual who becomes eligible for age-based Medicare Part B generally has seven months to enroll beginning three months before the month s/he turns 65. Individuals who don't sign up when first eligible have to pay a late enrollment penalty that they pay for the rest of the time they’re on Medicare. The penalty is a 10% additional Part B premium for each full 12-months the individual could have had Part B, but wasn’t covered. They’ll also have to wait until the General Enrollment Period (January 1st to March 31st) to elect coverage.

However, individuals who have coverage due to their (or their spouse’s) current employment can delay enrollment, without penalty. They will qualify for a separate eight month special enrollment period (SEP) following the loss of that coverage. Importantly, however, COBRA coverage does not count as coverage through current employment (even if subsidized). (We have separately written about the pitfalls of the interaction between COBRA and Medicare.)

In our example, assume Kevin is 68 years old and not enrolled in Part B. Kevin will qualify for a SEP upon his separation, but only for eight months. Therefore, if Kevin waits until his subsidized COBRA ends to enroll in Part B, he’ll likely have a late enrollment penalty. If instead Kevin wants to avoid late enrollment penalties by enrolling in Part B during his SEP, his COBRA will terminate.

There is a different approach. Rather than providing Kevin with subsidized COBRA, NORCOM could instead provide Kevin with cash equal to the cost of COBRA. The cash payment would be taxable income for Kevin (and subject to withholding by NORCOM), unlike the value of the subsidized COBRA. If NORCOM was concerned about the taxation, they could simply gross up the amount paid to Kevin.

By providing cash directly to Kevin he wouldn’t have to elect COBRA to receive a benefit, which would give him the freedom to choose the coverage that best meets his needs. Cash also avoids putting Kevin in the precarious position of potentially being stuck with COBRA once the subsidy runs out, or potentially incurring Medicare late enrollment penalties or delaying enrollment in other coverage. Depending on whether Kevin elects COBRA, NORCOM may also divest itself of Kevin’s risk. Because Kevin can use the compensation for any purpose, it avoids the potential nondiscrimination issues that apply to self-funded plans as well.

If you have any questions, please contact your FNA Advisor.